At the beginning of 2013, JUSTIME not only wishes all of our friends to have a happy and prosperous new year, but also would like to share great news with you.
After the great honor of G MARK award-winning notification, JUSTIME has received two more design glories from Chicago GOOD DESIGN AWARD (2012) and Taiwan Excellence (2013) with Chapter Series Faucets and Nature Series Faucets.

Nature Series-
Nature Faucets present infinite imagination of life. Designer observed kinds of organisms to sketch the contours of product for expounding orderless growth and the concept of meristem. Faucets have been combined with stylish handles just like to personally experience the pulsation of life.

Chapter Series-
The design concept has been inspired by the water containers of western and eastern cultures; JUSTIME combined with modern lines for displaying simple beauty and represented a brand-new chapter of water and container.
Unique replaceable covers not only provide various choices for users, but also simplify the steps of repairing without disassembling the whole mixer for achieving environmental claim and green economics.
http://europeanarch.eu/gooddesign/GOOD%20DESIGN%202012%20MASTER%20list.pdf 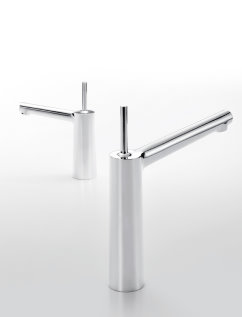 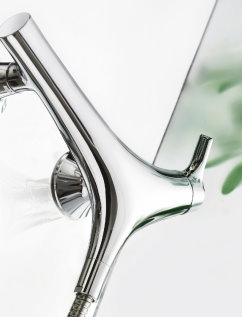